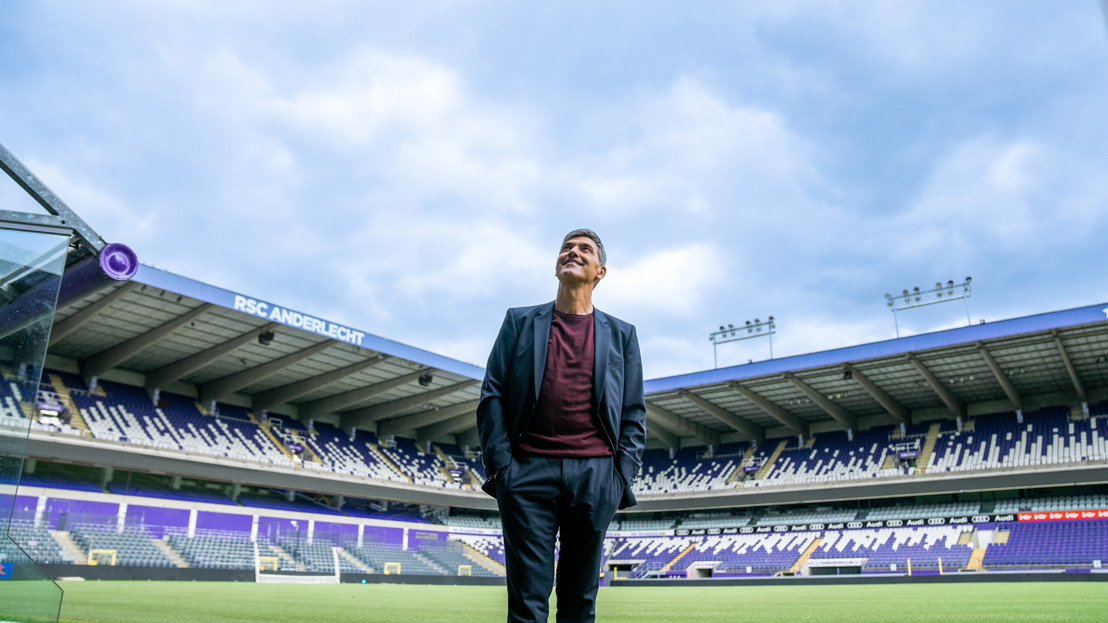 Royal Sporting Club Anderlecht has reached an agreement with Felice Mazzù. Mazzù will become Sporting’s new head coach, he signed a contract of indefinite duration. He will start the preparation of the new season with the players' group on June 20th at Neerpede.

Felice Mazzù took his first steps in Belgium’s first division with Sporting Charleroi and later KRC Genk. In 2020, Mazzù became head coach of Royale Union Saint-Gilloise. With Union, he immediately became champion in 1B and forced the promotion to 1A. Last season, Mazzù managed to lead the Unionists to second place after a great season. He was awarded the Raymond Goethals Trophy last year.

This year, Mazzù was awarded Trainer of the Year for the second time in his career at the Golden Boot gala. And since last week, he can also call himself Jupiler Pro League Coach of the Year.

"I will never forget the two exceptional years I spent at Union Saint-Gilloise. I thank the players, the staff and the management for allowing me to develop this project."
​
​"At 56 years old, I feel ready to take on a new challenge. The ambition of Sporting Anderlecht is, for me, a unique opportunity that I could not turn down. We will continue to build on the foundations of the project, the vision of the club and the expectations of our supporters. That means linking a football identity and the style of the house to results, as well as integrating and developing our youth players."
​
​"I am honored to be wearing the badge of this club and I thank Wouter and Peter for their trust. I want to bring my experience and passion to help the biggest club in Belgium to regain its rightful place. I am looking forward to meeting the group of players and our fans as soon as possible."

"Felice Mazzù will be able to work with a squad with football intellect and great ability. With his focus on group dynamics, aggressive pressing and attacking transition, we will be able to add a new dimension to our style of play."

"RSC Anderlecht has come a long way, but managed to secure a spot within the final four for the past two seasons. The club has closed its ranks again, around a strong management, supported by stable shareholders. The next step is to win trophies again. We are convinced that Felice Mazzù will help us do so. Mazzù is a true professional and an excellent people manager. And like us, he’s burning with ambition to make RSC Anderlecht the number one club in Belgium again."