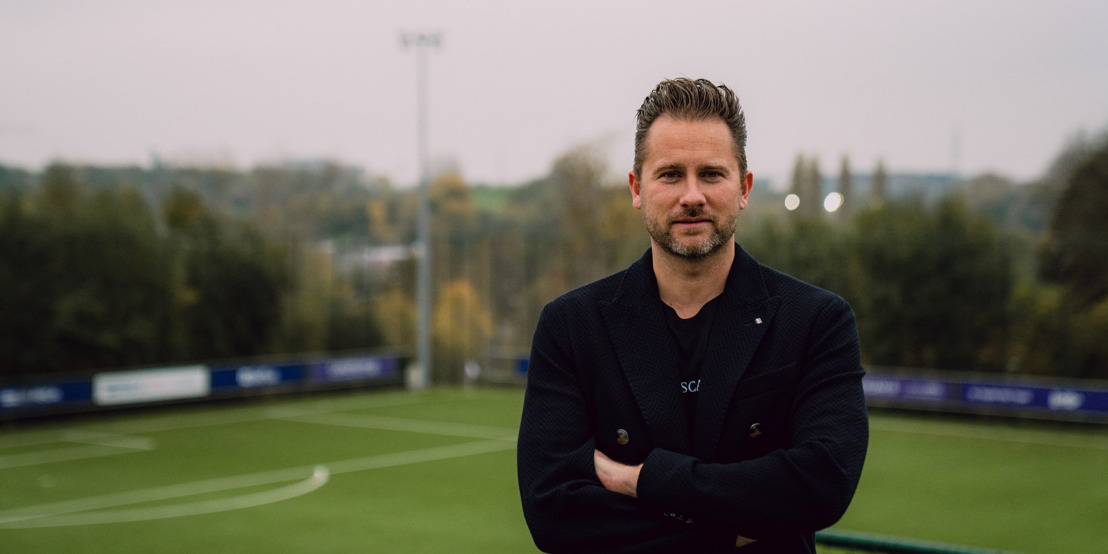 As our CEO Sports, Jesper Fredberg (41) will be running the sports department while Kenneth Bornauw will remain in charge of operational and commercial operations as CEO Non-Sports. Peter Verbeke is still sidelined due to illness.

Watch the first interview with our new CEO Sports here.

Jesper's career began in 1998 as a youth coach at several elite clubs in Denmark. At Aarhus, he became assistant coach of the first team in 2014 and also briefly operated as the interim head coach. He then took up the position as head of the youth academy of the club.

In 2016, Jesper made the move to Cypriot Omonia Nicosia, where he became head of the youth academy until 2018. After a spell at Greek side Panathinaikos, he returned to Denmark to become the sports director at Viborg FF in 2019. Jesper immediately made his mark at the Danish side by obtaining European football for the second time in the club's history. Currently, Viborg FF is second in the Danish Superligaen.

Jesper is also a member of the Danish National Committee for the men’s and women’s national team.

'Strategy based on the club’s values’

Jesper is highly praised for his innovative views on football, targeted choices for modern coaches and attracting and guiding young top talents. His passion for technical and dominant football is also a perfect match with the DNA of Royal Sporting Club Anderlecht.

"It is a huge honor to take up this position at Belgium's biggest club. I am fully aware of the challenges, but with its rich past, clear football philosophy and world-famous youth academy, it is crystal clear to me what this club should stand for. I want to outline a strategy based on the values and DNA of this club, building on the work in recent years."

"With the appointment of Jesper, we are taking an important step in strengthening the sports department of the club. With Jesper, we have someone with a modern football vision that fits seamlessly with the DNA of our club and with the direction we are heading for in the coming years."